When it comes to picking a Rabbit breed, it is best to consider their personality, grooming requirements and what you would like them for. Are you after a pet, or a show animal?

Generally, a long-haired rabbit breed will require more grooming than their short haired counterparts, and each Rabbit breed has their own unique mix of intelligence, temperament, care requirements and social characteristics.

Our Ultimate list of Rabbit Breeds is a comprehensive list featuring popular Australian Rabbit breeds. We take a look at the best characteristics of each breed. Read on to learn more about what kind of Rabbit breed may suit you, and your lifestyle best.

Please note: It is illegal to keep a rabbit in Queensland unless you are a magician, most other states will allow them as pets. Some states may require a permit so check with local authorities. 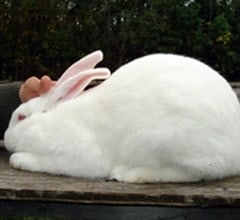 The American Rabbit Breed was originally known as the ‘German Blue Vienna’ Rabbit, they come in a White and “Blue” colour variety.

This breed are a larger sized rabbit, who are known for their good temperament and mothering abilities. These Rabbits were originally kept for their fur and meat. They are a popular breed for showing. 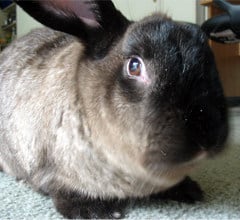 Named after it’s “Sable” colouring, this large sized rabbit breed has a docile nature and tends to spend most it’s day sleeping. They enjoy spending time with other rabbits.

Whilst an American Sable Rabbit does enjoy the company of their owner, they only do so, however on their own terms. 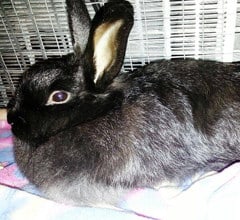 The Angora Rabbit has a long, soft wool coat. Due to their beautiful coats, these fellows are very popular show animals. An Angora Rabbit has many different sub breeds, including but not limited to; The English, French, German, Chinese, Swiss, Finnish, Korean, Giant, Satin and St. Lucian Angora.

These calm rabbits require very careful handling and extensive grooming. For these reasons, they are not suitable pets for children. 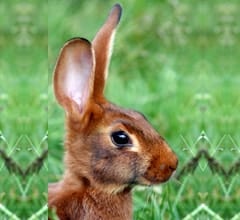 The Belgian Hare is a large domestic rabbit with an appearance that strongly resembles that of a wild hare. This breed may require a different diet and housing to that of other domestic rabbit breeds. They are very energetic and require more space than most other breeds- so a bigger hutch or enclosure is essential.

This high maintenance, intelligent rabbit breed can easily be trained, and is also easily startled. This breed is not suitable for children. 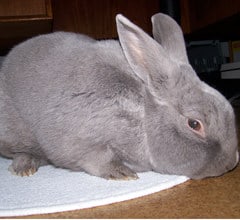 Beveran Rabbits are energetic, are born explorers and make excellent mothers. These clean and smart Rabbits also have a good temperament.

Given their size, these large rabbits are not suited to being handled by young children.

These Rabbits need plenty of space to burn off their energy and explore their surroundings. 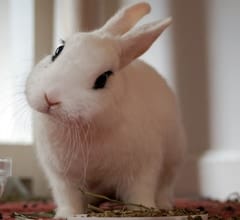 This medium sized breed is white in colour and features unique, black bands around each eye. They are a very robust and active rabbit, that makes for a great pet for older children or adults.

Named after the region in France where the breed was developed, these fellows are also popular show animals. 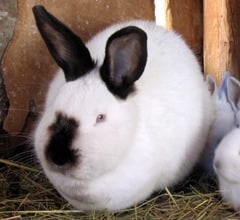 With it’s solid build and fine coat, the Californian (or Californian White) is a popular rabbit breed for both showing and keeping as a pet. Named after it’s country of origin (California) these bunnies have a quiet nature and tend to be fairly reserved.

This larger size rabbit is best suited as a pet for older children or adults, as given it’s weight and build it can be difficult to handle. 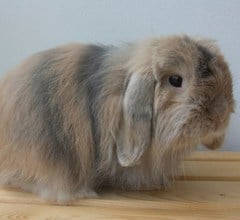 The Cashmere Lop is a compact, medium-sized Rabbit with a long, silky and dense coat. The ‘Lop’ part of their name refers to the shape of their ears. They have a thick undercoat and come in many colour varieties.

These rabbits are suitable as pets for children over 5 years, however they require a fair bit of grooming – especially when they outgrow and shed their “baby” coat of fur, at about 12 weeks old. 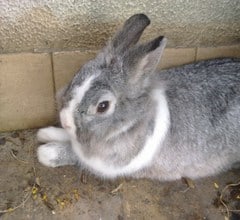 One of the worlds most popular rabbit breeds, the Dutch Rabbit has a very distinctive colour pattern on its’ coat. This breed is very popular for both showing and keeping as pets as they are easy to train.

A Dutch Rabbit generally has a easy-going, calm temperament, making for a great pet. With their short coat they require minimum grooming and are suitable as pets for children from 5-12 years old. 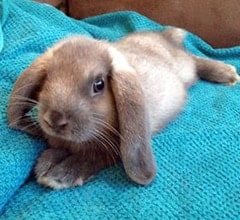 The Dwarf Lop and Mini Lop Rabbit Breeds are very popular, and very similar in appearance and temperament. The term “Lop” refers to their adorable ears- which are very long and wide, they hang down either side of their head and touch the ground. This is a characteristic that both breeds share.

These adorable bunnies are easy to handle and robust, they tend to get along well with other pets and children, and are happy to be held. This makes them a perfect candidate for a family pet.

They require a thorough brush once a week and are perfectly sized for older children or closely supervised young children.

With it’s friendly, placid and calm temperament, the Dwarf Angora makes a for great family pet for children over 10 years or a great show animal. This small sized bunny loves to be pet and is happy to be held carefully.

With their woolly coat, a young Dwarf Angora bunny should be brushed a few times per week, however after about 6-8months of age, their mature coat will grow and they will only require weekly brushing. 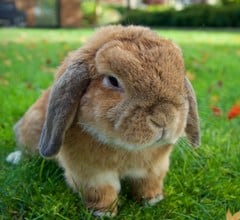 This Dwarf Breed is a compact rabbit with long floppy (lop) ears. It is a popular both as a show animal and as a pet. Once grown, a Holland Lop are known for having nice personalities, and are popular pets. These bunnies will usually have a friendly temperament (provided they have been socialised from a young age). 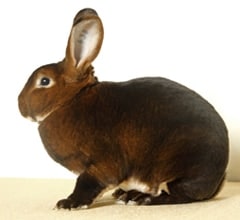 The Rex Rabbit makes for a quiet, intelligent and low maintenance pet. This medium sized, short-haired rabbit has very soft fur, which has been described as feeling like a “plush velvet”. As they have such short hair, they do not require as much brushing as other breeds- however their nails will need to be regularily trimmed.

Named after their curly whiskers and eyebrows, these fellows are also available in a Mini Rex version- however a mini rex is not as affectionate as a full sized Rex.

Their temperatment is described as playful and boisterous and at times, they may bite. The males of this breed can become quite agressive at mating age (which can be solved by desexing them before they reach 4 months old).

These rabbits are not suitable for children under 10 years, as extra special care must be taken when handling them. 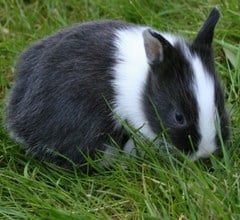 Netherland Dwarf
Image – By CC BY 2.0

The Netherland Dwarf is a smaller rabbit breed, and is named after it’s country of orign (the Netherlands). This popular show rabbit is very active and energetic. It has a gentle, friendly temperament.

A Netherland Dwarf rabbit tends to be a bit skittish and nervous. They are easily startled and stressed, so are not suitable as a pet for small children. 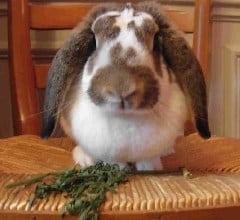 This Large Rabbit has long “lop” ears which hang down below their jaw and a soft, dense coat. With a relaxed and placid temperament, they are gentle with children. However – they are best suited to older children or adults as they can be quite large and strong, making them difficult to handle.

When socialised at a young age the French Lop Rabbit is known to be very gentle with children and tolerant of other species of rabbits.

Being a larger rabbit, they will require more space in their hutch and run than a Dwarf or Mini Rabbit breed.