Introducing your pet guinea pigs can be challenging. Sometimes guinea pigs just don’t get along.

However, by planning ahead with the below tips you can increase the chances of your guinea pigs becoming friends and bonding.

Guinea pigs are social, herd animals. It is unnatural for them to be alone. They love companionship and social interaction with other guinea pigs. They also feel safer, and therefore happier, in larger groups. Guinea pigs that live in groups are more confident, mentally stimulated, eat a more varied diet and are generally healthier. Guinea pigs kept alone are typically more stressed and flightier, less active and vocal, and prone to illness. Whilst it is important you interact with your pet guinea pig, no amount of human interaction or caringcan replace bonding with their own species. We advise to always have at least two guinea pigs. Some groups of guinea pigs are more suited than others. Choosing a more suited pair can make bonding your guinea pigs easier. It is best to buy/adopt a pair of guinea pigs already together, although this is not always possible.

Make sure you don’t put a non-desexed male in with a female.

They breed quickly and you will end up with pups! If you have only just desexed your male guinea pig, wait 4-6 weeks before introducing him to females. Sometimes they can still reproduce right after their operation. It is easiest to introduce and socialise guinea pigs when they are younger. To be able to get along happily together, guinea pig herds need to establish dominance. It is best to try pair a dominant guinea pig with a submissive one. Consider their personalities.

Pair a younger guinea pig with an older guinea pig. This way the older one will naturally be more dominant and it’s less likely they will fight.

Same sex pairs can work best. If you cannot tell the sex of your guinea pig, have a vet check. Pet stores are often wrong! If you have two males together, they can become territorial so it is essential you have plenty of space in their enclosure. Guinea pigs should never be kept in the same enclosure as other animals, including rabbits. They cannot communicate properly with one another which can lead to fighting, stress and injury.

Guinea pigs can be territorial and take a while to adjust to new things. Changes will only be successful if done gradually, with patience. The first step is to quarantine the new guinea pig for two weeks (minimum). You don’t want to introduce your new guinea pig to existing ones until you are 100% sure it is not sick or pregnant. If you really cannot quarantine it, then have a vet do a full health check on the new guinea pig. Do not put your new guinea pig into the hutch with your old guinea pig straight away! Introduce your guinea pigs in a neutral territory – somewhere neither have been before. Choose a quiet, enclosed and large space where both will feel safe. Block out any distractions such as loud TVs, children or other pets. Start by having one person hold each guinea pig and hold them up to one another. Then put them down into their neutral space. Somerzby playpens are ideal for this. Our playpens can be placed inside or outside. Do not try to force the guinea pigs together. Give them time to build confidence and get comfortable enough to approach one another. Providing a salad can distract the guinea pigs from any worries and to help them bond. They may then positively associate each other with receiving treats. Make sure you provide plenty so they don’t fight over it! Also provide hidey holes in case they feel afraid. The idea to bath new guinea pig pairs together to help them bond (aka buddy baths) is trendy. However, this will more likely stress your guinea pigs out and cause tension. Let the guinea pigs sort out dominance without interrupting. If you separate them too early, it can prevent bonding and make the whole process take longer. Avoid separating once you have started, unless a guinea pig is in danger. 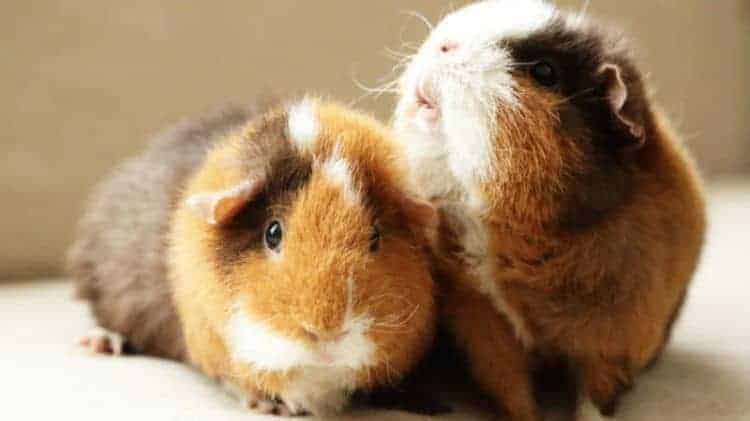 Once you have brought your two guinea pigs together and they interact, watch their behaviour. Many guinea pigs like their own space. Just because they are not cuddling, does not mean they are not getting along well. Whilst it can seem hostile, normal behaviours include:   These behaviours may continue until one guinea pig backs down. Try to avoid intervening as this can make them panic and halt progress of their bonding. If your guinea pigs are fighting and biting or scratching to draw blood then you need to intervene and separate them. The safest way (for both the guinea pigs and you) to separate them is to throw a towel over them. For a few hours after the fight, handle with gloves as they can remain confrontational. Keep an eye on any wounds and take to a vet immediately if you suspect infection. Leave them in the neutral space until they seem relaxed and have had a nap. This could take hours or days. Then you can put them into their new home together.

Ensure your hutch is big enough for two guinea pigs. An enclosure too small can increase dominant behaviour and stress. The Somerzby Cottage can comfortably fit three guinea pigs. The attached run gives them extra outside area and allows easy access to your guinea pigs. If you are adding your new guinea pig into the existing hutch where your old guinea pig lived, clean it out completely and rearrange everything so it looks like a new space. Ensure you have at least two water bottles and food bowls. One guinea pig may try block the other’s access to water or food as a sign of dominance. Also provide extra tunnels and hidey holes that have multiple entries/exits. This way one guinea pig cannot corner the other. Monitor their behaviour closely. 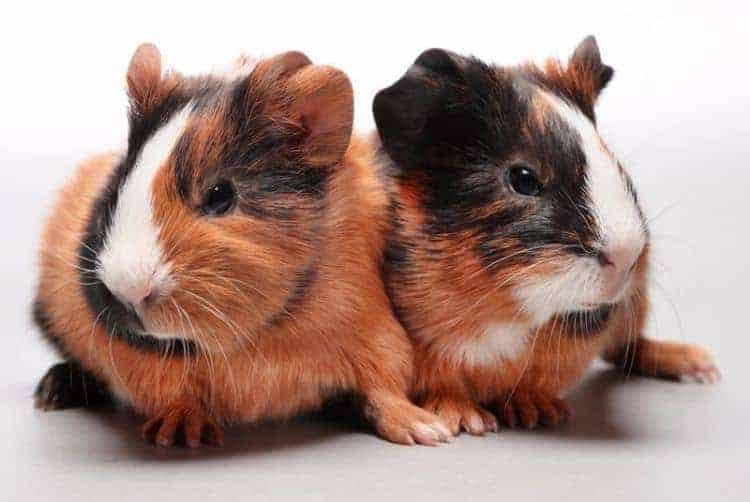 After you have let your guinea pigs live together, it is important to regularly check them for signs of bullying and aggression. Warning signs can include scabs, sores, weight loss or the guinea pig acting skittish or afraid. If you are unsure how they are acting, you can install a webcam to watch them when you are not there.

When To Seperate Guinea Pigs

If you think bullying or aggression is occurring, separate the guinea pigs. You can either put them in two separate crate or cage nearby to one another or add a divider into their existing enclosure. Having them separated but close can help them get used to one another. You can then try to reintroduce by starting back at the quarantine period (giving them time to calm down and forget their fight). Remember, it is not your fault if some guinea pigs just aren’t suited. Even if they always live with a divider, it is beneficial for your guinea pig just to see other guinea pigs and be near them.

3 thoughts on “How To Introduce Guinea Pigs to Each Other”